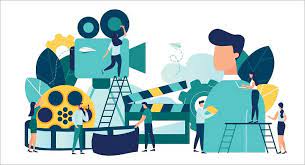 Humans do not have 360-degree vision. Think about why we have evolved this way and what it means to the vision and what we will have to do to improve upon Mother Nature’s excellent design. We have drawings of such 360-Degree Vision Device, which provides surround-a-vision in a head mounted night vision goggle unit. If we take this device and load it with the wearable type computers we can produce a VR state within the real world, which will allow us to do more tasks quicker and more efficient than ever before. An augmented reality if you will of the 360-degree 3D world that we live and interact with.

There would be fewer pilot error or human error type accidents in many dangerous professions, which require lots of skill and instantaneous response and lightning reflexes. Things such as fighting a war, racing motorcycles, flying aircraft or fighting a war, are obvious examples, but they might also be good for police officers, airport screeners, teachers in inner city schools, prison guards, life guards, ambulance technicians, first responders, fire fighters, etc. It could certainly liven up certain sporting events and even eliminate the need for so many rear view mirrors on cars and thus provide greater efficiency, less drag, fuel economy and safety. But these are only a few ideas really as entrepreneurs see such new technologies they will obviously create more uses for them as they find niches where people are willing to trade for such things. By freeing up the massive amounts of interpretation, which goes on in the visual part of the brain, we could move more agile, quicker, with cat like reflexes. The eyes could certainly work faster in delivery and the brain could use a hand in reducing the extra extraneous data, we might consider as depth, definition or detail while our mind interprets the data, asks for further scrutiny and receives that data and makes an assessment, all before we even lift a finger in response. Think about it.