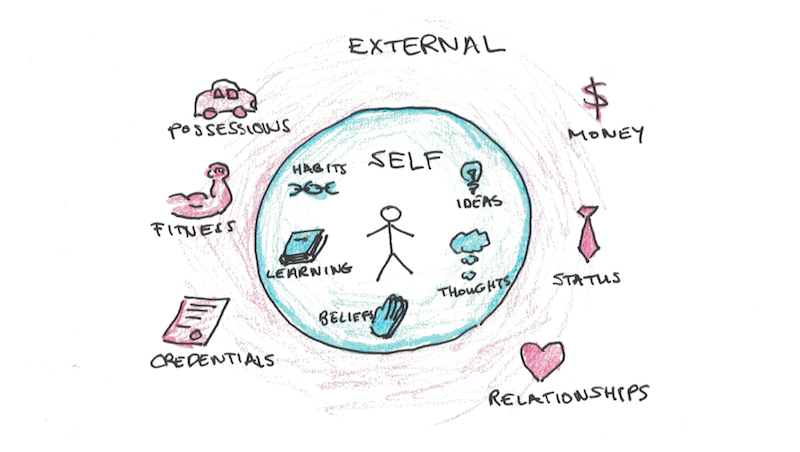 One way for someone to look at relationships would be to see them as a vehicle that will allow them to become more whole and complete. The reason for this is that when they are with another person, some of the material that is held in their unconscious mind will be brought to the surface.

So, at the beginning of a new relationship, someone can find that they feel good around the other person, but as time passes, this starts to change. Or, they could find that they experience “negative” feelings very early on.

This could be the case; then again, what was held in their unconscious mind may still have played a part in what took place. What this comes down to is that in addition to what is already inside them being triggered by situations, what is inside them will co-create situations where this will take place.

What this illustrates is that one is not merely a passive observer of what is going on “out there”; they are a co-creator of their reality. Nonetheless, most of what shows up externally is coming from their unconscious mind.

Their ego-mind, along with their eyes, will create the impression that they are separate from what is going on externally and that everything is separate. By seeing themselves as separate and not being aware of the fact that they have an unconscious mind or the impact that this has on their life, it will be normal for them to see another person as the cause of what is going on.

However, with this understanding in place, they will be able to see what is taking place in a relationship as feedback. This will stop them from seeing themselves as a victim or as being “unlucky”.

If, on the other hand, one was not aware of what was going on and they were caught up in their ego-minds sense of separation, it would be normal for them to feel like a victim. What is going on “out there” would be the clear problem and there might not be much that they could do about it.

They would probably see themselves as being “unlucky” or on the receiving end of “bad karma”. As it won’t occur to them that they need to deal with anything, let alone actually deal with anything, they can go from one bad relationship to another – endlessly recycling the same experience.

Still, if someone is this way, it could be said that they will just be a product of society. The society that they live in is likely to be a manifestation of ego-consciousness and thus, it will be built on the illusion of separation and the citizenry will be nothing more than observers of what is going on around them.

There will be those who are victims, those who are perpetrators and those who are there to save others. Naturally, this way of viewing the world doesn’t lay the foundations for an empowered population.

Anyway, when one understands that what is going on in their relationships is purely feedback, it will give them the opportunity to look into what it is that they need to resolve. Their life, the mirror, will be reflecting back what is taking place in their own consciousness.

What they will need to keep in mind is that as most of what is showing up is coming from their unconscious mind, there is no need for them to shame or blame themselves. Not only won’t they have consciously chosen to experience what is going on but laying into themselves will be a waste of their precious energy.

Most, if not all, of the “negative” feelings that are unlocked through a relationship, are likely to go back to the experiences that they had with their mother and father. Their unconscious mind will see another person as either their mother or father or a combination of both, via the defence mechanism known as transference.

By consciously seeing what is going, they will be able to take their attention away from their external world and to bring it down into themselves. The defences that they have in place can make it hard for them to connect to the wounded parts of themselves that need to be acknowledged.

If one can relate to this and they are ready to change their life, they may need to reach out for external support. This is something that can be provided with the assistance of a therapist or healer.

By getting out of their mind and into their body, they will be able to connect to their inner child. This part of them or parts, as there is more than one, will want to be seen and heard.